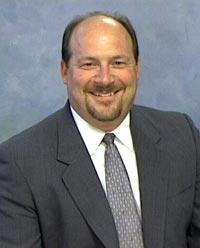 General appellate practice and related counsel, for matters on appeal or leading to appeal, including post-judgment motions and case-dispositive motion practice. Briefing, research, and argument at all levels. General appellate counsel, including in concert with trial counsel. Writing and editing of briefs on appeal or matters leading to appeal, with supporting research as necessary. Analysis and consultation in cases on appeal or potential appeal. Experience handling in excess of 300 matters in the reviewing courts.

General appellate litigation and related counsel. Appellate practice on a contract or referral basis in all areas. Consultation for matters on appeal or leading to appeal, including appellate procedure. Editing of appellate or other briefs, research, briefing, and argument in all courts. Consultation and review.

Engaged in appellate practice. Consulting work for cases on appeal or in anticipation of appeal. General trial support litigation services.

Appointed by Illinois Supreme Court as sole lawyer-representative out of Second District to advisory committee on Supreme Court Rule 23.

Past contributor to DuPage County Bar Association magazine, including a "Case Law Update" series. Regular speaker on appellate procedure and practice, including in ISBA-sponsored seminars.

Board of Directors, June 2015 to present